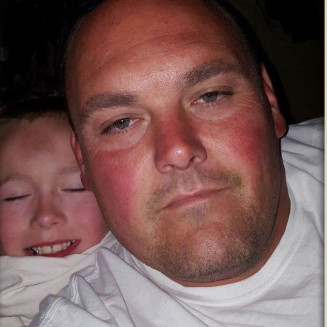 Register in honor of William

We have found some comfort knowing a part of him is still living...

William (Bradley) Passmore was born January 13, 1977, in Cottonwood, Arizona, and passed away unexpectedly in August 2017.

Will was an entrepreneur with multiple business ventures throughout the valley. As a child he would take things apart just to see how they worked. Over time, this developed into an uncanny ability to diagnose and repair almost anything. Some would call him a jack of all trades.

Will was somebody who would give you the shirt off his back, and was known for his calm demeanor and mischievous grin.

Most importantly, he was a dedicated and loving father. He is survived by his mother, Lisa Burris; daughter, Jade Burris Passmore, 11; “his little buddy” son, Julian Passmore, 10; and daughter Justice Passmore, 9. It is still very hard for us to believe he is gone. We didn’t know he was an organ donor at the time of his passing, but have found some comfort knowing his eyes, heart valves, bone and skin tissue have already been used to better someone else’s life. A part of him is still out there, still living. We miss him every day.