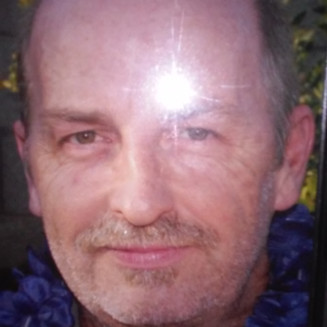 Register in honor of Stacy

Gone but not forgotten...

Stacy and I were married for 33 wonderful years. In September 2013, he left for work as he always did, and that was the last time I saw him. I received a call at 10 a.m. from his phone, however it was his boss calling, not him. She informed me that he had collapsed at the machine he operated and the paramedics were there working on him. They were having trouble getting a pulse or blood pressure and wanted to take him to the hospital. He was refusing to go, and I told them to take him anyway.

I woke up my daughter and had her take me to his work to get his wallet and vehicle. We passed the ambulance on the way there. After I got his things I went immediately to the hospital.

When I arrived, I told them who I was and the situation. One of the staff members took me back to a room, where I sat by myself for close to an hour. I called his parents and told them what was going on, and they were on their way there.

Then the doctor, a nurse, and clergy walked into the room. My heart dropped into my stomach. The doctor informed me that Stacy had passed away. Needless to say I lost it!! I fell to my knees sobbing. I didn’t want to believe it. I was praying it was just a bad dream that I would wake up from, alas it wasn’t.

Stacy was the most wonderful husband, father, and grandfather. He was my best friend, and now he was gone, but certainly not forgotten.