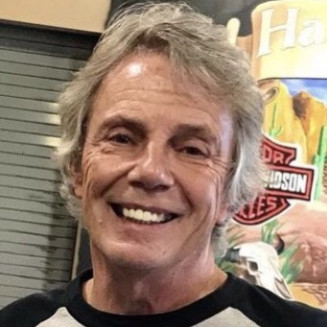 Register in honor of Rex

I finally got the call to donate...

Like most, I never gave much thought to becoming a living kidney donor. But in 2017, we found out my nephew was going to need a kidney transplant, and I wanted to help. I began the initial testing and evaluation to become a donor early in the year at the IHC Transplant Clinic in Murray, Utah. As it turned out, I was not a match for my nephew. I was disappointed and felt bad that I couldn’t help him.

It didn’t take long for me to decide that there may be someone else out there who needs a kidney… someone I don’t even know. After talking things over with my wife, we decided to continue with the testing in hopes of finding someone I was compatible with. The doctors and staff at the transplant clinic were very helpful in my journey. They were very careful not to get my hopes up, because there were still many tests remaining. Ultimately, it was determined I had two very healthy kidneys and I would be a good candidate for donation.

The search was on for a recipient. It took nearly two months, but I finally got the call that a recipient had been found. In May 2017, we went in for what turned out to be a flawless surgery and transplant. As it turned out, my recipient chose not to meet me after the surgery. There are many reasons this may happen, and I was well aware this might be the case.

It’s now been five years since transplant. I feel great and have had no ill effects of living with one kidney. My recipient eventually reached out with a letter of thanks, but I still don’t know who she is. I’ve been told she is doing well, and I still hold out hope that one day I will get to meet her. I’ve since gotten involved with Donate Life back in Utah and now in Arizona where we retired two years ago.

Even though I don’t know my recipient, I think about her often and silently thank her for the opportunity to help. My nephew fortunately received a perfectly matched kidney from his sister, both are doing fine as well.