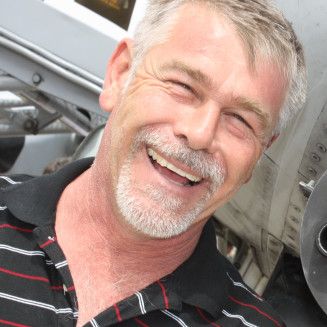 So far, 3 people have registered in honor of Raymond. You can too.

Register in honor of Raymond

He was excited to register as a donor...

Ray was so incredibly excited when he registered as a donor. He called each of his daughters to brag that he was now a donor. We knew he was very honored to offer his organs when it was his time to leave. We never expected that his time would be so soon after he registered.

Ray was admitted to the hospital on June 15 with complaints of pains in his chest. After being rushed to the hospital, it was later discovered he had an aortic dissection. He went in for emergency open heart surgery. They fixed his aorta, and he survived the surgery, which was a miracle in itself.

Sometime during the 16 hour day from the time of being admitted, he had a massive stroke that affected 75 percent of his brain, and over the next couple days the swelling continued. He was declared brain dead on Friday, June 19.

This was tragic for our family, and throughout the week we had to discuss what we were to do. Knowing he was a donor helped to guide our family’s decisions. The Donor Network of Arizona notified us that they found two recipients for his kidneys, but would have to wait until they were biopsied to validate they could survive the transplant. Unfortunately this was not the case. His liver was donated to research, and the kidneys were not able to be transplanted.

We are still thankful that his tissue, skin, and eyes were able to be transplanted. Because of my dad’s selfless act, I have decided to also become a donor, and hope to see others register in his name.