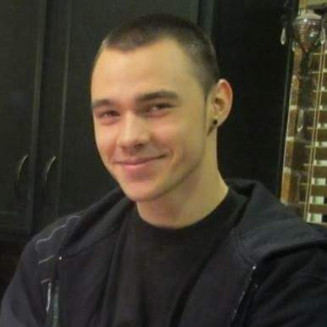 He lived quality, not quantity...

Nick left us too soon, but the way he lived his life fills us with pride. He consistently gave more to the world than he took. The world is a better place because he was in it. He lived quality, not quantity. He saw and appreciated the inner beauty of people and the world, and didn’t judge on shallow standards. Hidden behind a quiet demeanor, a heart of gold sparkled. He loved BMX, being out in nature and helping every living creature he could, including animals, insects and people, without expecting or wanting anything in return. In fact, he couldn’t stand asking anyone for anything. He didn’t like being a burden on anyone even though he never was a burden to anyone ever. He liked to stay behind the scenes and often never received credit for the wonderful things he did. He helped people kick bad habits and helped them find confidence inside of themselves. He even helped save a waterlogged dragonfly from certain death and WoW could he make people laugh. He was an empathetic, highly intelligent, hysterically funny soul and an amazing athlete as well an amazing writer and artist. He played football his entire life all the way to 2007 and 2008 for Desert Vista High School where he also wrestled. In addition, he ran track and reached brown belt in Hawaiian Kenpo before he was 7 years old.

While there is no cure for the condition from which Nick suffered, that did not stop him from wanting to still give more. He donated his entire body and will be able to help at least 55 people with his donations. I LOVE YOU SON!

One of his poems:
My entire world rotates around yours in the way
of lonely moons
frosted fields felt the touch of your glow
warm
like the smile that’s readily summoned
the steam from whispered words on cold nights
flowing
freely
through the stars that span this sky
through dark paths times and spaces
Into endless pools that look upon this page
in which I find myself afloat
deeper and deeper with every glance