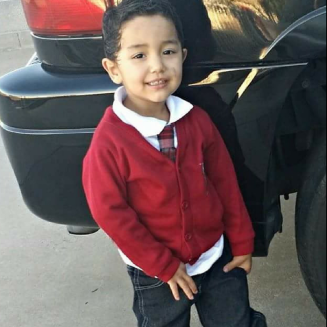 So far, 1 person has registered in honor of Nathan. You can too.

Register in honor of Nathan

He is now an angel who got a chance to save lives...

Nathan was born on September 15, 2011.
He was a healthy and happy 4-year-old child.
His best friend was his 6-year-old brother.
He loved his 1-year-old baby brother so much.
He loved his 9-year-old brother a lot too.
He was always trying to keep his baby brother happy.
He always liked to be with daddy to learn, and when he was sick he wanted to be with daddy.
Nathan always used to cut flowers for mommy from the backyard, and when he needed a hug or kiss it was always mommy.
Nathan learned how to ride a two-wheeled bike with no training wheels.
Nathan was so excited because he was going to start kindergarten soon. On his last day he was asking when it was going to be his birthday.
Nathan passed away in February 2016.
That day was a regular day. We picked up Nathan’s brother from school and Nathan wanted to go to his grandma’s house. When we got out of the car the the ice cream truck was coming already so daddy decide to buy ice cream for Nathan and his three brothers.
Daddy crossed the street with Nathan and his three brothers and all the kids got their ice cream. When daddy was paying the ice cream man Nathan excitedly ran with his ice cream to go back to his grandma’s house. When he ran to cross the street, daddy ran to try to get him but was too late. Another truck was coming when Nathan tried to cross the street, and the person in the truck did not slow down, even though there was an ice cream truck with kids, because she did not see Nathan.
Nathan passed away there, and in his mommy’s arms he had his last breath.
The next day we got a call from Donor Network of Arizona to see if we wanted Nathan to be a donor, and we said yes.
Now Nathan is a hero because he donated tissue.
We received a letter weeks later saying that Nathan will save 12 lives, and has already helped four people who received a tissue donation.
Nathan is now an angel who got a chance to save lives.
We miss Nathan so much every day, but we are trying to be strong for Nathan. We are trying to keep his memory alive.
In loving memory of Nathan Andy Valdez Porras.
From: Mommy, Daddy and brothers.
9/15/2011 – 2/2016