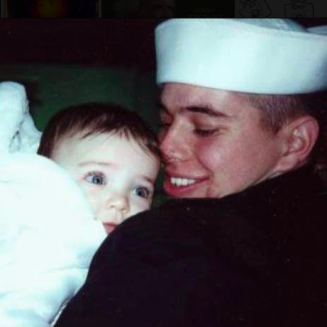 So far, 1 person has registered in honor of Michael. You can too.

Register in honor of Michael

His kindness and generosity were infinite traits...

Michael was only 21 years old when he was shot and killed. At the time of his shooting, he was on the verge of so many good things happening in his life. He had just turned 21 and had returned home from the Navy. He was attending culinary arts school, getting straight As, and he was looking forward to a career as a chef. He was a good caregiver to his pets (three cats and two dogs), and he was a pure-hearted person. He was so generous, and he was known for helping others less fortunate than himself without giving it a second thought.

Michael’s kindness and generosity were infinite traits. His love for humankind and all things living was beyond measure. He wanted to see the world, be a chef, draw, make music and care for his pets. He dreamed of having a wife and family…and dreamed of one day being called, “Dad.”

We mourn for Michael every minute of every day. We mourn for what is and for what could have been. Michael was an organ donor, and through his gift of life, he helped save and improve the lives of over 75 people. Our message is simple: Please support and pass sensible gun laws. Enough is enough. No other families need to go through what we continue to go through every single day.