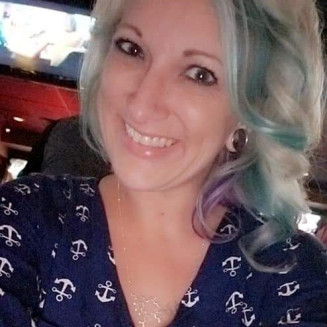 So far, 1 person has registered in honor of Krista. You can too.

Register in honor of Krista

I am so blessed and thankful to be alive...

I received an emergency liver transplant in October 2007. I had been acting funny for days, and when I woke up I was having a really hard time breathing and called my husband “dad.” My mom called 9-1-1 and the ambulance took me to the hospital closest to me. There they administered the anti venom for acetaminophen (Tylenol), three times.

It was out of their hands, so they had me transported to a larger hospital right in the thick of the city of Phoenix. Here, after doing more testing, they discovered that my liver was shot. Unfortunately, my liver was so dead already that I couldn’t have a partial transplant. (Having a family member give me a part of their liver so that it could grow together.) I was in need of a full liver transplant and the only way for me to get that was through a deceased donor’s liver.

So, I was put on the transplant list, and even moved to the number one spot because my status was so critical and I met all the eligibility requirements.

By the next day, they had received information about a liver for me, and by the day after that, this very liver was being introduced to its new home within me.

I am so blessed and thankful to be alive. Grateful for the donor that lost her life but saved mine and others as well.

At the age of 18, I was diagnosed with endometriosis. It is a disease where the lining of the uterus begins to grow on the outside of the uterus and can spread across different organs. Because of the endometriosis, I was in pain management and I was given something around 120 Percocets a month. I was on this regimen for eight years. It was killing my liver slowly.