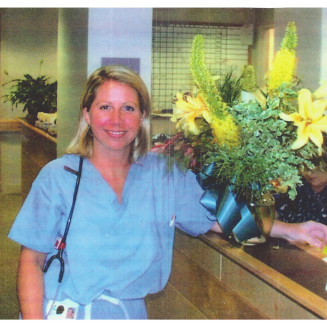 Register in honor of Kathleen

My sister Kathy was an Oncology nurse at Mass General Hospital. An incredible nurse to all, she was asked to be a personal nurse for several prominent people, including a member of the Royal Saudi Arabian family, but Kathy chose to remain in and around Boston, her lifelong home. She made several trips to Central and South America and Africa, to donate her services to the poorest of people, which brought her the most happiness of all. Kathy felt this was her life’s calling.

While she brought love and comfort to so many patients, they never knew that she fought a lifelong battle against depression, as she never allowed it to stop her from being the very best nurse that she was. Though it affected nearly all areas of her life, she refused to allow it to prevent her from doing the thing she loved most.

In the summer of 2002, Kathy had a terrible accident after falling off her third story balcony. She suffered a head injury and damaged her hip and leg. After several months of painful rehab and recovery at our parents’ house, she was looking forward to going back to work on a PT basis. But it was not to be. In February 2003, my sister Kathy lost her battle against depression and took her own life. She was only 33 years old. At her funeral a stranger stood up to tell the story of how one month earlier Kathy found her lying unconscious in her driveway. My sister went to her, despite her guard dog standing over her body barking loudly. As she helped, the woman came to and asked what happened. Kathy said help was on the way, that she was a nurse, and waited with her until help arrived, without regard for her own safety from the woman’s vicious dog. The woman never knew her name or where she came from until she saw her funeral notice. Kathy never told anyone about this, and it wasn’t until this woman told the story that anyone knew of this incident. Only after hearing this did we know the full depth of Kathy’s heart. No note was left. Only a quote “Live Your Best Life.” Please live YOUR best life!