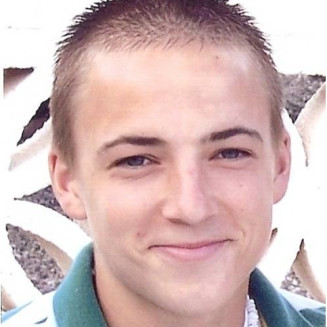 Register in honor of Josh

A kind and giving soul so full of life...

Joshua, 19-years-young, was hit from behind while sitting at a red light in Phoenix, Arizona. After being on life support for approximately 24 hours, Joshua was officially pronounced dead in May 2007.

Joshua was the son of Steven and Sandy, and brother of Kassie (17) and Ashley (23) Florence. Josh and the family donated his organs in hopes of bettering others in desperate need.

Josh had such a kind and giving soul and was so full of life. As a family, we can truly say that he lived every day to the fullest and his love was so unconditional for everyone that he loved and cared about. Josh was always very determined and competitive and would achieve whatever he set his mind to. Josh was very intelligent and everything he did came very naturally to him. Josh was giving, a jokester, an intellectual, sarcastic, quick-witted, compassionate, caring, a social butterfly, opinionated, affectionate, strong willed, considerate, loving and was just an overall good human being.

Josh truly touched so many people’s lives in such a positive way. Growing up, he was always very active and playful, competitive and compassionate, filled with joy and always willing to help others. He started playing soccer at the young age of 4, continued all the years on various soccer clubs and was on the Cactus High Varsity Soccer (#3) AZ 4A State 2005 runner up team. He also played defensive back (#25) and was on the special teams for Cactus High School football when they won the Arizona State Championship in 2005. Joshua’s story is “Never Ending,” never forgotten, always remembered. We love you.