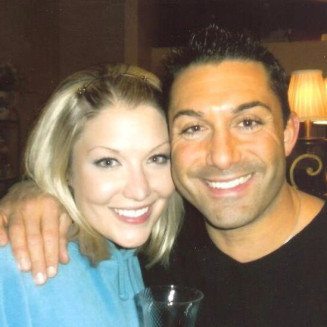 Register in honor of John

My big brother John had always been my hero growing up. He was smart, intelligent and always tried to protect me and our parents from harm. He was always trying to do right by people. I used to call him the “King of Second Chances.” He always believed that someone’s past was not always their potential. He always made time for people, and seemed to always remember the smallest detail. He was a devoted father, brother and son.

For as much as he loved giving all of himself to people, he wasn’t too keen on the idea of organ donation. “What if I’m not dead?” he’d always ask. One day after his divorce he’d asked me to help him update the address on his license. At the end it asked if he wanted to register as an organ donor. I remember joking with him and telling him to stop acting like a scared child and register. Instead of telling me to go pound sand he paused and said, “Why not, I’ll be dead, right,” and winked at me.

Two months later he was driving home after working a 19-hour day and fell asleep behind the wheel…One life was lost that day, but 26 were saved.

I am now a lung transplant coordinator sharing my brother’s story with my patients and the world, in hopes that it touches someone out there similar to him.