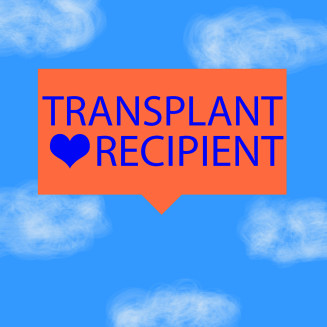 Register in honor of James

Not a day goes by that I don't think of all the support I received...

I developed a kidney disease as a kid. Doctors thought a strep virus had damaged both kidneys. While I didn’t know, the doctors told my parents I’d probably need a transplant in my 50s. Unfortunately, I was in my late 30s when the symptoms became evident, i.e., exhaustion, gout, restless leg syndrome, skin maladies, constant chills, etc. I tried to tend to the varying symptoms as they continued to worsen due to declining kidney function. This was huge weight on me, but mostly on my wife, Lori, and two young daughters, Sara and Staci, as I slept most of the time.

A year later it was confirmed I needed a transplant and unless a relative volunteered, I’d need to get on the transplant list asap. Well, my mother, Elsie, had passed away, my father, Jim, was born with one kidney (a condition unrelated to mine), my daughters were in elementary school. My wife and I were overwhelmed – how does one ask for an organ? As I was choosing the type of dialysis needed, a nurse told me not to ask for a kidney, but to simply tell my younger brother and sister I needed a transplant and they could decide on their own without pressure. Great siblings! A week later my sister, Janet, called and said she and my brother, Tim, had been tested. 20 years ago, they tested matches for six antigens. Well, my sister was a 50-50 match, three out of six- not bad. Then, my brother called and said, “Wouldn’t you know it, I’m a perfect match!” HLA Identical they called it. Other than identical twins, this was the best match.

It’s been 18 years since my transplant, and not a day goes by that I don’t think of all the support I received during my “adventure” from God and science, my doctors and nurses, friends and acquaintances. But most of all, I think about the love and sacrifice shown and demonstrated by my wife, daughters, father, sister and especially brother… and his family too.

Don’t take your organs with you, Heaven knows we need them here. Be an organ donor – I am!