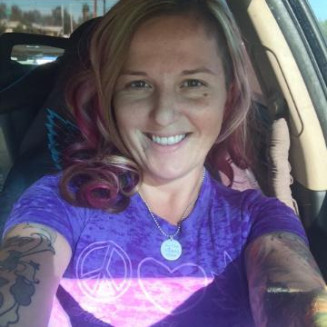 Register in honor of Jaimy

Jaimy is a hero to our family...

In April 2015, Jaimy, her 1 year old son and her 51 year old mother, Vikki, went on a horse cart ride. Our entire family was planning to celebrate the baby’s first birthday that day, as well as have a celebratory dinner together.

During the ride, the horse spooked, starting to run down the neighborhood road in rural Arizona. Neither Jaimy nor her mother panicked. As Vikki put her many years of equestrian experience to work trying every way possible to bring the horse into control to no avail, Jaimy made the heroic decision to take her young son tightly into her arms and exited backward from the cart. She landed on her back, protecting her son as she held him to her chest. As she landed on the road, her head struck the asphalt causing a traumatic head injury. Vikki was able to escape the cart as the horse fell trying to make a turn. She ran 1/2 block back to Jaimy and the baby. She was able to hold Jaimy in her arms as Jaimy took her final breath. The baby suffered only a few superficial scratches.

Jaimy had chosen to jump from the cart as they passed a rural fire station. Firefighters/paramedics were on the scene in seconds. However, saving Jaimy was not possible. Her selfless actions saved her son and may well have also saved her mother too. It was likely the cart would’ve overturned had Jaimy not jumped when she did.

We are so very proud of Jaimy and her mother for their efforts to protect each other. We did not find out until the following day that Jaimy was registered as an organ donor. It was yet another reason to be proud.  Jaimy is a hero to our family and has provided other families with hope. What a legacy!