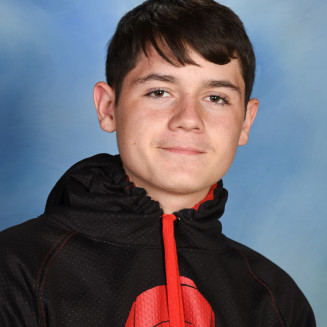 Register in honor of Erik

He saved the lives of countless people...

Erik was born on May 8, 2004, the day before Mother’s Day. He was my first grandchild and my first grandson. I was in love with him immediately. He was such a silly little boy, always laughing, always wanting hugs and kisses. He was an adorable toddler – I was so in love with his face. In school he was so very smart and a well-liked kid. As a teenager, he was popular, funny, handsome, smart and loved – coming to visit his grandma and grandpa with his two little brothers. The death of his dad in November 2019 brought such heartache to Erik, his brothers and entire family. No one really knew what was going on in his head, although we all knew he was sad and depressed at the loss of his dad. The depression and sadness became too hard for him to bear, and we lost him in February 2020, just three months after his dad and two months before his 16th birthday. He became an organ donor and saved the lives of countless people. One person received both lungs, one person the heart and one kidney, one person the liver and one person the other kidney. I miss Erik every second of every day. It brings me joy to know that I will see him again one day. Until then, I will remember him by talking about him and celebrating what would have been his milestones in life.

Grandma loves you Erik, forever and ever.