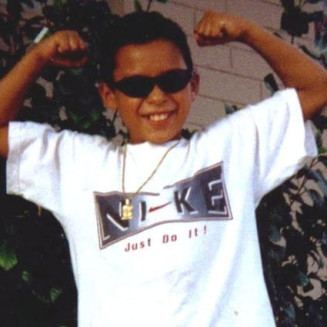 So far, 1 person has registered in honor of Desiree. You can too.

Register in honor of Desiree

My mission is to raise awareness for organ and tissue donation...

My brother, Miguel, became a donor in 2005. He was only 14 years old when he passed away. My story revolves around the life he lost but ultimately the life-giving gifts he gave.

On Christmas morning, my mom dropped Miguel off at his girlfriend’s house and ten minutes later her phone rang. “Sara, Miguel has just been shot.” My brother, who was only 14 years old, had this powerful weapon. He was trying to unload it when it accidentally went off and shot and killed him. That was the worst day of my life.

Initially, my family decided against donation. We knew nothing about it! In our minds we were thinking the hospital staff did not do everything to save him. We thought they didn’t value his life and just gave his organs to the next person on the waiting list. We were skeptics. It happens on T.V. or to other people but not us, not my family.

A Donor Family Advocate from Donor Network sat down and talked with us about this decision. Thinking back, I feel like we were being selfish and wanted to keep my brother entirely to ourselves. I think that I was mostly afraid that once we donated his organs he would be disfigured from it and no longer be my brother. I was worried my brother would not look like my brother.

Eventually we decided this was something we needed to do and Miguel’s kidneys, liver and his heart were donated. We had a completely normal funeral for Miguel. Our fear that his body would be disfigured after donation was totally unfounded.

My life mission is to raise awareness for organ and tissue donation. I know that it saves and enhances lives. I am as happy as can be that his organs were donated. I think there would have been great regret if we had not. I will continue to advocate and share my brother’s story. This is my healing process.

Before donation my life was normal. My brother was here with me. The words “Organ Donation” were in no way part of our vocabulary. Now, those words have become my life.