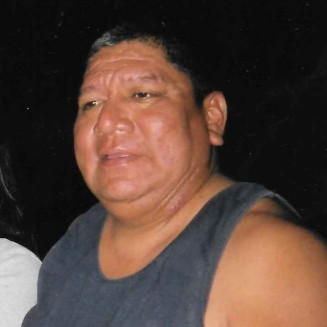 Register in honor of Danny

His memory lives on...

Danny was an outgoing and friendly guy who left us in January 2016. Everyone knew my dad Danny throughout our community for the job he did, but no one really understood his job or why he did his job so well. He loved sports competition and recreation and was a Tribal Recreation Coordinator for over 35 years.

Growing up he has always had difference with his siblings and throughout his lifetime. The differences became hardships that had a big impact on his life. However, he used these hardships as a positive outcome, not only for himself, but to better our community. His work was his life and the people who participated in the tournaments, leagues, clinics, and sporting events became his family. He became driven by all that he did and it became his passion. It was exhausting work most of the time but he did it to bring people together.

People were drawn to him and he left lasting impressions. He never complained about his work, nor did you ever see him mad. He did the job and he did it very well. He loved talking with people and enjoyed their company. Along with his work, he also was a certified sports official with the Arizona Interscholastic Association for over 20 years. Danny was a kind-hearted man who adored his grandchildren. His exterior looked passive aggressive yet he was a warm-hearted individual inside.

Losing my dad was a tremendous loss, not only to myself and my kids, but to our community as well. He was a unique individual with a great legacy here in our community, yet his memory lives on. He will be greatly missed.