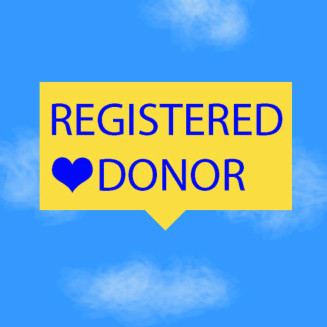 Register in honor of Christina

She wanted to give life to others...

I’ve always thought about registering to become a donor, but never got around to doing it. Last week, my favorite cousin, Vondalee, was found unconscious by her husband. They got her to the hospital and she had no heartbeat. The ER doctors worked on her for a couple of hours when her heart started beating again. She was on a ventilator and meds to keep her blood pressure down. There was no way to tell how long she was out before being found. The cardiologist said she didn’t have a heart attack; her heart was fine.

Vondalee called me 4 days before this happened, I didn’t get to the phone so she left me a message. I listened to the message and she just wanted to ask me a question about something, and the last thing she said was “I love you.” Well, I didn’t call her back. Four days later this happens. What a shock! I felt so guilty and was angry at myself for not calling her back.

The doctors were telling her husband she was most likely brain-dead. So the neurologist performed the tests they needed and said she was brain-dead. We were all devastated. She was only 43; how could this happen? Vondalee was a wonderful person, very caring, understanding and compassionate. She loved others no matter what differences there were, like race, religion, background, etc. She had a forgiving heart and a loving soul. She knew what she wanted after she left this world. She was a big supporter of Donate Life and was proud to let everyone know that is what she wanted, to give life to others. Now she can do just that, give the gift of a longer life to hopefully at least three other people, possibly as many as five.

This evening I decided not to put it off any longer. I registered to be a donor. I love you, Vondalee.