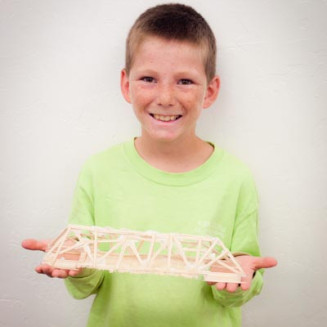 So far, 5 people have registered in honor of Breckin. You can too.

Register in honor of Breckin

He passed on his caring heart...

Breckin James Fullmer was born September 5, 2005, and left us all to be in Heaven with Jesus in March 2017 after an unfortunate accident. He entered foster care and was given a second chance in life through adoption. He had the distinct opportunity to choose his new name, which means Freckles. Breckin was a caring, creative, hardworking and energetic boy. He was actively involved in 4-H and enjoyed taking care of his animals, especially Snickers, his rabbit. At a county fair, Breckin earned a Grand Champion in rabbits, a Reserve in quail and a Red Ribbon for his rabbit, Snickers.

He was full of adventure, always dueling with lightsabers with his brothers. He also enjoyed riding his bike, roller skating and racing on his go cart. He even let his sisters paint his toenails, dress him up, play dolls and have tea parties with them. His favorite possession in the world was his Red Ryder BB Gun. He often hiked with his dad on the weekends all throughout the back dirt roads near home. Many days, he was found outside with his mama in her garden, picking and eating the fresh tomatoes and peas, which never made it inside for dinner.

Breckin’s favorite evening activities were family game night or going to the movies. He loved being a connoisseur of all foods, pizza being his favorite. Breckin always had a smile on his face, especially when he was up to no good, plotting his next grand adventures. He loved to draw up an invention, color, or write a story. Oftentimes he was compared to the comic strip Family Circus, making his dotted line through his adventurous day. Breckin was homeschooled and found a love for Christ after adoption.

He always thought of others, so being an organ donor would have been something he would have wanted. That way he could pass on his caring heart to another child so they could receive a second chance in life as he did.