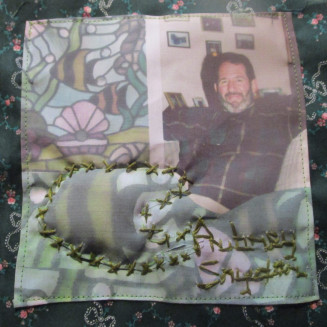 Register in honor of Aubrey

We will see him next lifetime...

Aubrey was born in Annapolis, Maryland, the first of three children. He grew to 6’7” by the time he was 16.

His clothes never fit him right, and after college he was going to get his clothes handmade for him. Finally, his pants were long enough and shirts too. He became a clothes horse. He stood tall. He was handsome and extremely intelligent with a great sense of humor.

In his work life he was a sales rep, but never liked that line of work. He found his calling later in life when he took a job helping people who were developmentally disabled that lived in group homes. He was extremely good at this type of work and they all cared about him. He learned sign language to help them, and he ruled each house with a strong, knowing hand.

His friends were always his friends, in Annapolis and in Tucson. They miss his quick wit and said they will always remember him.

His passing was quick and unexpected. He had gotten a clean bill of health the day before from his doctor, and commented that his blood pressure was normal (he had high blood pressure since he was 14 years old). He died at the desk about 4:30 a.m. His morning coffee only had one sip out of it, and he sat in the chair where he died until our dog, Jessie James, came to our bedroom patio door with his alarm bark. Jessie James woke me up at 5 a.m. and I went to see what was going on. Ab was laying on the floor with the chair. Jessie James was still outside, and he probably came and got me when momentum put Ab on the floor. Jessie James stayed outside watching me give Ab CPR, and when the EMTs arrived he still watched over him. After they pronounced Ab and left, Ab was covered with a sheet waiting for the Science Center to take him. During the wait, I had Jessie James come in. He had to sidestep Ab but paused to smell him. I went over and held them both and told Ab that we would see him next lifetime. Let’s raise our glasses to a man who had empathy for those who couldn’t. And this man was my soulmate.