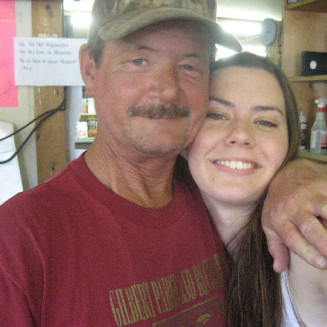 Register in honor of Stephen

The last ‘fatherly deed’ he managed to accomplish was not allowing me, his oldest daughter, to watch him take his last breath. I was practically living in the hospice room after his stroke left him in a coma. Days upon days while I watched him, after being taken of life support, for any signs of pain and to simply hold on to him for every last second we had left together. On what would be his final day alive, our family tried convincing me to get out of that room and have a break lasting longer than a few minutes. I refused. I knew he would let go. And I was right. It took just a couple hours.

Finding out that he was registered to be a donor was the last thing we found out. We all supported this immediately and knew there was no reason not to honor his wishes and help people in need. Thank you to the Donor Network of Arizona for being sympathetic and gentle at such a sensitive time.